Time For Fairness and Justice on Cleaning Up the Chesapeake Bay By Captain Robert Newberry, Chair, Delmarva Fisheries Association, Inc.

The head of the Delmarva Fisheries Association argues that disciplinary measures for environmental foul-ups of the Chesapeake Bay aren’t being applied fairly or consistently by government regulators. 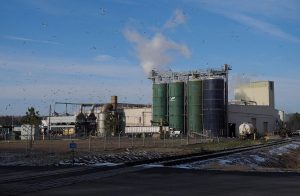 • $540,000 in fines.• Additional fines if Valley Proteins fails to meet future deadlines going forward on scheduled compliance requirements.• Valley Proteins to pay the legal fees and related costs for expenses incurred by those who joined in the legal action by the attorney general and MDE.

At the Delmarva Fisheries Association (DFA), we support efforts to monitor and punish those whose actions hurt water quality in the Bay watershed. We do so regardless of who does it. We applaud recent actions in Virginia where the Chesapeake Bay Foundation, a self-appointed champion for the Bay, was charged, fined, and banned from Virginia after dumping toxic materials as part of an oyster reef replenishment project they were paid by grants to implement.The second case where equal treatment under the law and justice delayed is justice denied has been the long-term failure of state regulators to take timely and meaningful action on a critical problem in the upper Chesapeake Bay. That problem is the decades-long discharge of untreated wastewater from two mismanaged wastewater treatment plants owned and operated by the City of Baltimore. One is the Back River wastewater treatment plant and the other is the Patapsco wastewater treatment plant. These discharges have had and continue to have devastating impacts on water quality in the upper Bay. While the MDE recently took over the operations of the Back River Wastewater Treatment Plant, the duration of that takeover and the outcome of improved operations there are still to be determined.

Why the difference in awareness and action? It certainly is not due to groups like the Delmarva Fisheries Association not sounding an alarm on this dumping.

The answer is simple and deeply troubling.

Valley Proteins is a business, not a government operation. I am not suggesting they did not violate the law. They did. But when they did, they were punished relatively quickly and severely for their violations with stiff penalties.By contrast, the City of Baltimore has repeatedly ignored the alarms over problems at both wastewater treatment plants. To make matters worse, they spend millions of dollars, allegedly, to upgrade and improve operations at both plants with NO measurable results.

Government regulators, politicians, and environment advocacy organizations have learned it is easy to go after low hanging fruit. It takes courage, tenacity, and a commitment to do the right thing, regardless of political considerations.Now more than ever, the Bay is at a tipping point. Steps need to be taken NOW to address the serious and ongoing issues at the Back River and Patapsco wastewater treatment plants in Baltimore.

Time and energy does not need to be spent on election year partisan grandstanding with recent articles and photo ops about the “great progress” on cleaning up the Bay on the 50th anniversary of the enactment of the Federal Clean Water Act.It was once observed that when all is said and done a lot is said and very little gets done.

There is one way and one way only to get things done on real solutions to water quality in the Chesapeake Bay. Voters throughout Maryland need to hold elected and appointed officials at all levels accountable for their lack of interest in and actions on the Bay.This is an election year, a time when candidates for office at all levels are acutely sensitive to voters. If you care about the Bay, demand action from your elected officials. Do not dwell on the past. It is more important to ask them what they plan to do if elected. Most importantly, hold them accountable post- election to do the right thing and by honoring the principles of equal treatment under the law and justice delayed is justice denied.

Do it before it is too late.

You may have missed

Asphalt-tainted oyster reefs in Virginia to be removed